Everything Old is New Again. California Rediscovers Itself. 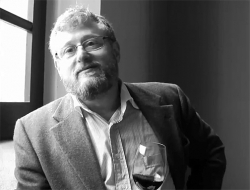 Yr Mst Hmbl & Obdt Svt literally grew up drinking California wine, as a young man in Los Angeles. I fondly recall those early great vintages; 1977, 78, 80, 82. Venerable names today, but not well known at the time: Jordan, Ch. Montelena, Sonoma Cutrer. The style then was clearly "Old World" with the California twist. Cabernet Sauvignon with a clear heritage of elegance from Bordeaux and Chardonnay with the minerality and clean structure of Burgundy.

Then, things changed. The wines became woodier and dense from excessive use of oak.  Extraction was heavy and the tannins soared.  Fruit was dense, the wines leaden in the glass.  The wine was difficult to drink at all, ever, and virtually impossible to drink or pair with food when young.  To the chagrin of many, this style became first the "fashion" then the norm.  Many "old school" drinkers turned back to Europe and rarely ever drank these wines, and yet customers drove their popularity and prices in the late 1990s and early Millennium soaring to heights never imagined in the early '80s.

A word was coined by many of us in the wine trade in those days. "Unobtainium".  Unobtainium: adj. Wines so hugely in demand resulting from high scores from Robert Parker and the wine Magazines,  which caused a cult status of people willing to pay extravagant prices simply for the bragging rights of possessing them,  such that nobody could really actually ever "obtain" any. Screaming Eagle, Colgin, Bryant, Harlan were names spoken in exalted and reverential prose by the wine press and well heeled collectors.  As an interesting side note, it was not until this very year that I was actually in the mere presence of an open bottle of Colgin, and able to sample it.  I walked away from sampling it, shaking my head at the $500 price tag.  It tasted like every other bottle of Napa Cab I had ever tasted that was in the "luxury" end of the spectrum, and was not any better than many costing "only" $125 or so.

The times they are a' changing.  For the better in the opinion of Yr Mst Hmble & Obdt Svt.

Two recent encounters are pointing the way to a positive shift back.  One, the venerable old man Jordan, the other, young newcomer Jericho Canyon.

Jordan is a pioneer in California.  I remember begging my favorite "California Nouvelle Cuisine" restaurant "Trumps" in Los Angeles to even carry the '78 Jordan. They started to put a little on the list, just for me to shut me up.  In 1983 I was having dinner in Palm Springs with a friend at  a local steakhouse.  I was buying him dinner for his birthday.  The wine list was bland and typical of the era.  Then, the server handed me a special card of wines on sale.  They had 1980 Jordan Cabernet on sale for $12 a bottle!  The retail price then was closer to $20.  I asked if that was a mistake.  "No," the server replied, "we got talked into it by our wine salesman.  Nobody will buy that expensive California stuff out here so we have to get rid of it."  I ordered 13 bottles.  The server called over the manager.  I explained I wanted one to drink with dinner and a case to take home.  He was thrilled to see it go.  I was thrilled to have it.

A recent opportunity arose to sample some recent Jordan vintages.  The Chardonnay is back on track to a more balanced style.  Nice rich clean fruit tones, good solid acids and minerally terroir with just a mere hint of oak.  A lushness says Sonoma. Pleasant and pairs well with food.  Ditto for the Cabernets.  Rich dark cherry toned fruits, solid balance and tannins, that stay light on the palate and nice to drink.  The 2006 is at the top of the game in balance and elegance.  The current release of 2009 is a bit more dense and forward, but still elegant.  It is what it is, and at the $50 price point is a solid value in the market.  This is the Jordan I remember, a solid stalwart bottle which delivers a value for the price you pay every time, and makes a nice companion to a meal.  The next generation, Tom's son John Jordan is at the helm now.  Devoted to sustainable farming and maintaining the integrity of their terroir and their wines. A solid step forward in the 21st Century, by looking back to their roots.

Jericho Canyon in Calistoga in Napa is the new kid on the block.  Relatively speaking.  The vines are some years old now, but for some ten years, they were selling the grapes to first Rudd and then Ramey.  The first vintage under their own name was 2006.  95% Cabernet with 5% Merlot, 2 years in barrel. Soft ruby color with plummy cherry flavors, a Bordeaux style elegance, of complex flavors, light spice and vanilla without a dense palate or thickness.  The 2009 is going to grow up to be wonderful.  A rich black cherry fruit, with elegant tannins and fine acidity, which was pleasant enough to pair with our lunch and remained engaging to drink.  Give it a few more years in the cellar and it will evolve nicely.  At the $90 or so suggested retail range, they are not inexpensive, but they deliver a solid value for what is out there at the price.  Most Napa Cabernet of this quality is well over $125 today.  They also make perhaps the best Sauvignon Blanc I have had from California.  Most often California Sauvignon Blanc is thin and grassy with a hint of sweetness. Not so Jericho Canyon.  This wine showed a solid mineral background and depth of flavors.  Green grape and pear, clean stone and citrus abound in the glass.  A tad pricy at $30, but, they only make 200 cases! Worth the splurge if you can find some.

The Bleecher Family of Jericho Canyon is similarly devoted to their sustainability and terroir.  2/3 of their property is left untouched and natural.  Their production is a minuscule 1 ton per acre, less than half of most of their Calistoga neighbors; not by design, rather by the soil conditions they face. They don't make a lot of wine. Quality over quantity.  They are devoted to their land, their terroir and their wines, with the second generation of family now working alongside and looking to the future.  I expect good things from them in future.

I'm so impressed by these families and these wines.  Kudos to you. They give hope that California will now return to its heritage and make wines again that reflect their terroir and family and origins and no longer make the bland soulless "new world" style wines that could have come from anywhere.